FOUNDER OF THE CUSI BRAND

Annibale Cusi (18 September 1863 – 28 October 1930) 11th son of Pietro Cusi and Giuseppina Villa, he began to work at a very young age as a workshop apprentice, then the craft was taught practicing since early childhood working in close contact with the goldsmith craftsmen. For Hannibal it was not different, it began only 9 years and soon acquired a certain experience, distinguishing itself for its outstanding artistic talents and craftsmanship skills. The long period passed behind the goldsmith's benches allowed the young man to make his own craft, maturing in itself also that courage and entrepreneurial skill that at only 23 years and more precisely in the 1886 pushed him to leave the workshop and open his own workshop in Via della Flour in the heart of Milan, a few steps from the Duomo and the Teatro alla Scala.

The brand was born CUSI.

In his atelier of Via delle Farine 8 The young Annibale will throw the foundations that will take him in a few years to make the brand Cusi one of the brands most appreciated by the aristocracy and the Milanese nobility.
The fervent arrival of Art Nouveau at the end of 800 revitalised the art of jewellery, referring to nature as the main inspirational subject. In Europe it was a veritable revolution of art and in Milan the Liberty style did not wait.
Cusi in those years of beauty from life to unique and extraordinary collections of jewels, using innovative materials and rare gemstones. 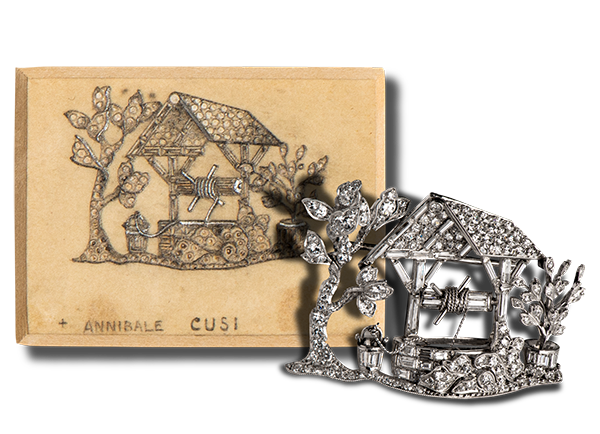 In 1906 Milan was the protagonist of the International Exhibition, a real success, took part in fact 40 states and the city was visited by almost 5 million of people, a real record for the time. In the section of the decorative arts Cusi exhibited his jewels, and won the Grand Prix thanks to a masterpiece of Goldsmith's art, the Collier called "Maria Stuarda", a work that required two years of work by the artisans of Bottega Cusi, who realized it in "Platiuralium" A special alloy invented by Cusi composed of platinum, gold, silver and aluminium with unique light characteristics. The "collar" was studded with about 15000 Diamonds, Pearls and rubies. The architecture was complex since all the parts were articulated and permettevando then articulated movements. Whoever wrote about it called it, despite its grandeur, as light as a lace.

SEAT OF THE CUSI FAMILY

After the painful interlude of the Great War 1915-18, Annibale CUSI became an internationally renowned expert in the field of precious stones and pearls, resumed his activity with renewed energy and soon it was necessary to grow.
So that in 1922 Annibale and his son Rinaldo at the time 27 years old, had the elegant Palazzo CUSI
built in via Clerici 1, the home of the family, the sales atelier and the production laboratories.

The Cusi brand, in the twenties of the twentieth century was appreciated not only by the most important families of the Milanese aristocracy, but also by the Italian royal family, so much to boast numerous collaborations for the king, Vittorio Emanuele III, with. Vittorio Emanuele the Count of Turin and the Duke of Aosta Amedeo di Savoia. The three royal coats of arms in those years decorate the letterhead and the logo of the jewellery Cusi. Rinaldo knew with great skill and charisma export our style even abroad, where the international market responded with broad consensus. Always a great expert and collector of jewels, precious gems, but above all of pearls, he ceded in age to his son Roberto Cusi The helm of the company.

The INNOVATOR AND THE ENTREPRENEUR

With Roberto Cusi (1926 – 1996), the company consolidates and in 1964 is inaugurated the exclusive headquarters of Portofino, and after only two years also the current headquarters of Milan in Via Montenapoleone at number 21, location symbol par excellence of fashion and luxury in the world. Later in 2004 in the branch of Portofino Cusi became official Rolex dealer and in 2013 it dedicates entirely an atelier next to its own jewellery shop.

The historical jewellery founded in 1886 by Annibale Cusi has marked the beginning of an era that lasts for five generations; During these 131 years Cusi has become one of the most prestigious names among Italian jewellers.
Today the tradition of the family continues thanks to the commitment and passion of Giorgio Nicola Cusi, of the wife Roberta Cusi and children Alessia and Alessandro.
‍
Cusi is not just a name: it is passion, professionalism, safety, tradition, it is something familiar; Our aim is to make our customers feel at home.
‍
This short retrospective that tells the story, the evolution of the concept of jewellery and how much we are connected to tradition, maintaining yes the quality of the past, but by introducing a perspective of currentity and design.
‍
The Italian high jewellery based on tradition and innovation, that can be admired in the headquarters of Via Montenapoleone and Portofino, it blends in itself the highest expressions of art such as design, design, craftsmanship, attention to detail and in addition the search for rare gems from the most distant corners of the earth. It is with this philosophy that the Cusi family wants to pass on the tradition to the new generations. 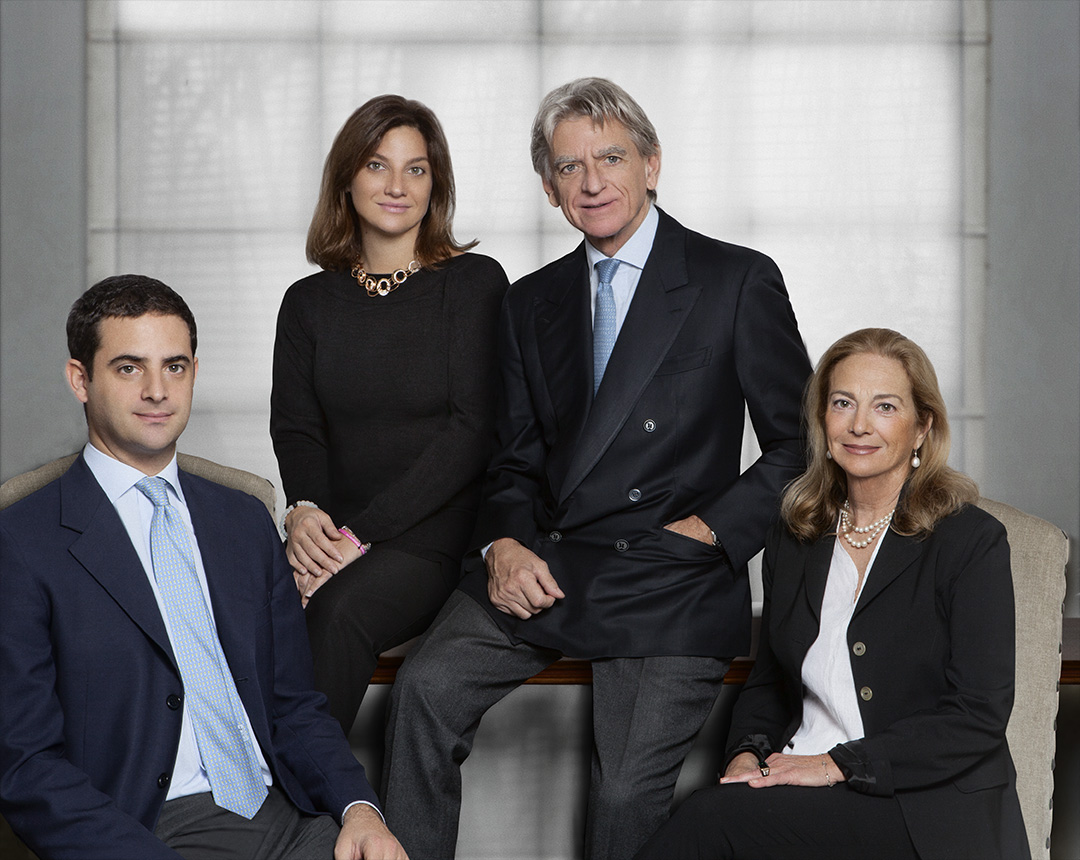 “Each jewel has its own story, and represents today's luxury
and with it the time we dedicate to ourselves,
whatever object you choose, it will be yours, unique and unrepeatable, as is your life.”